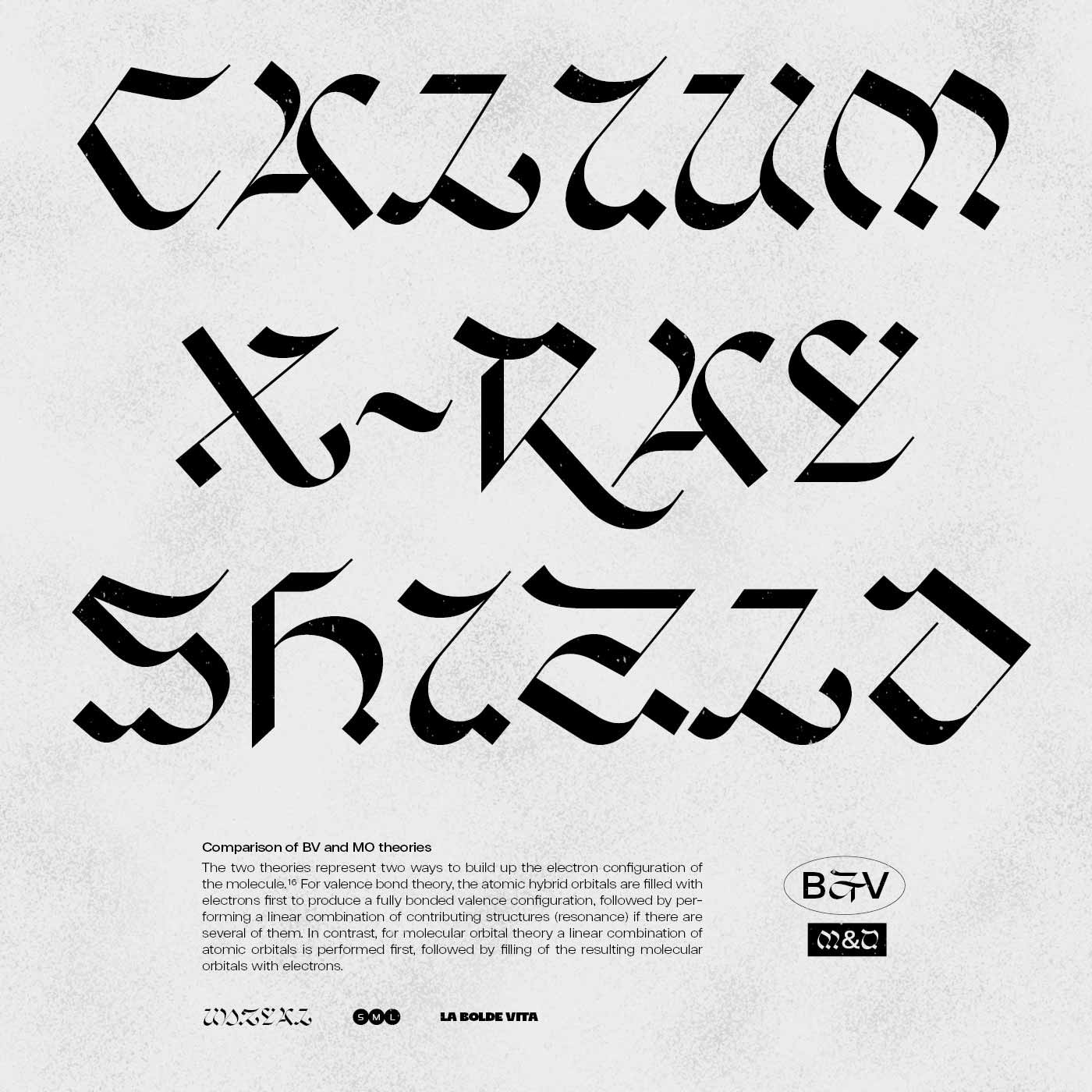 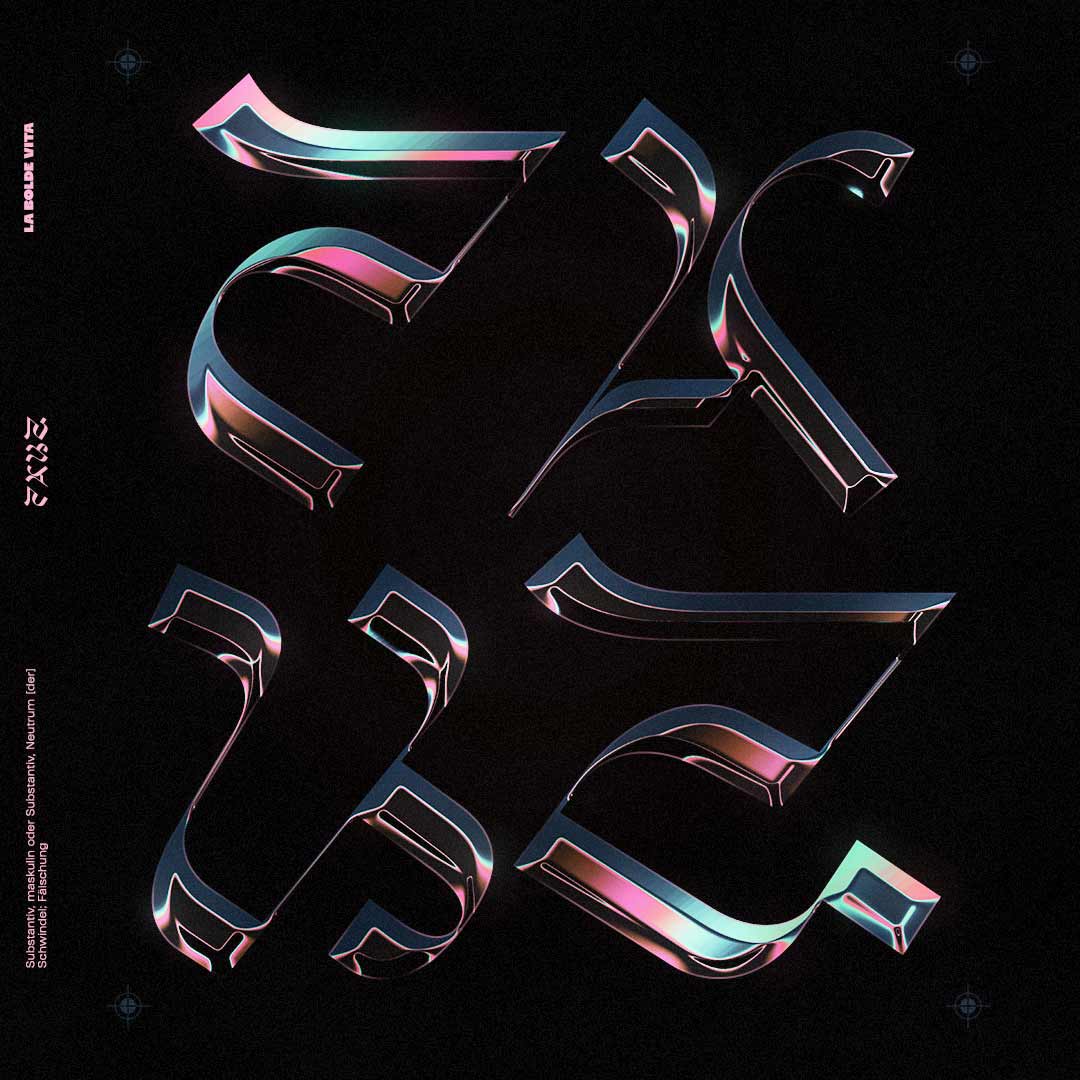 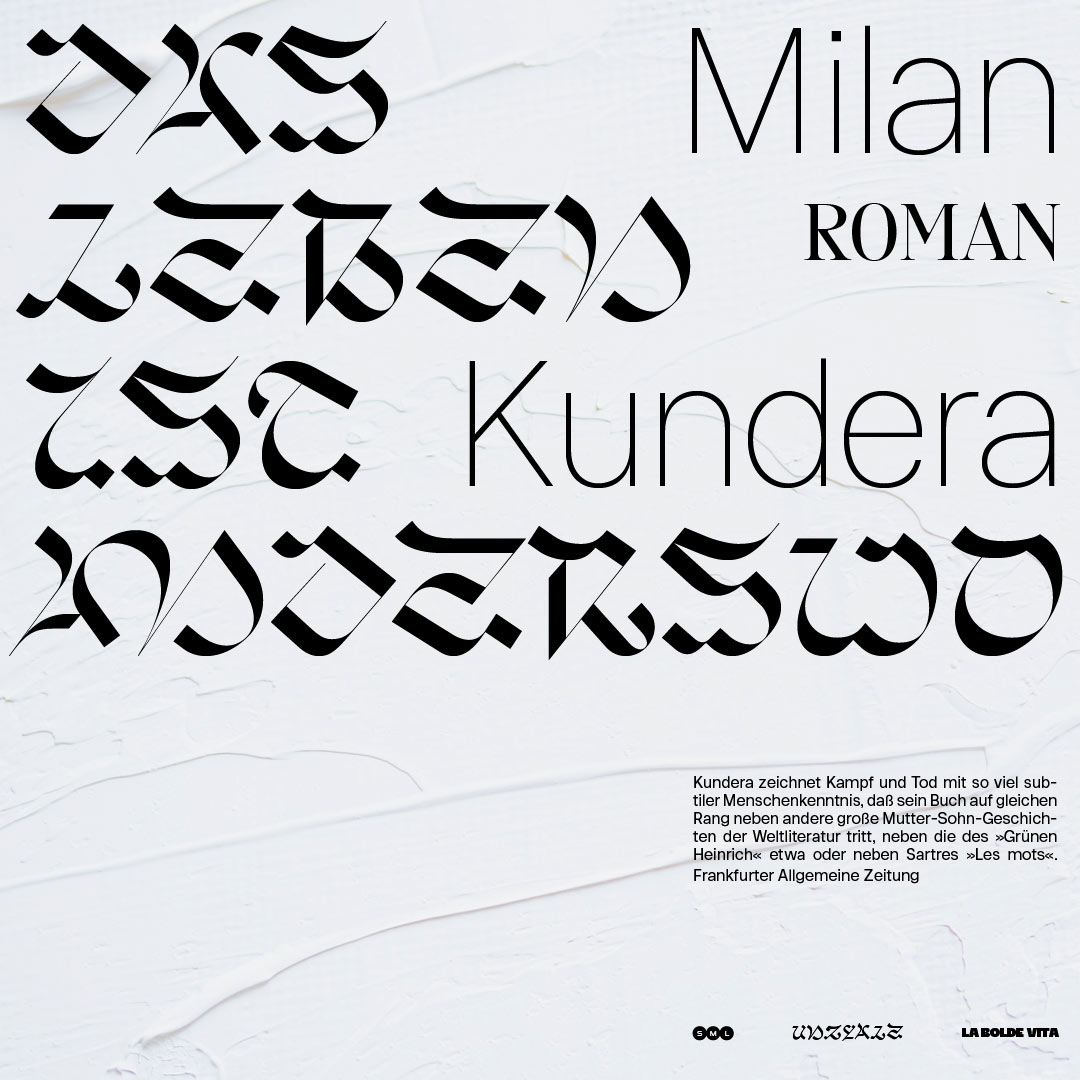 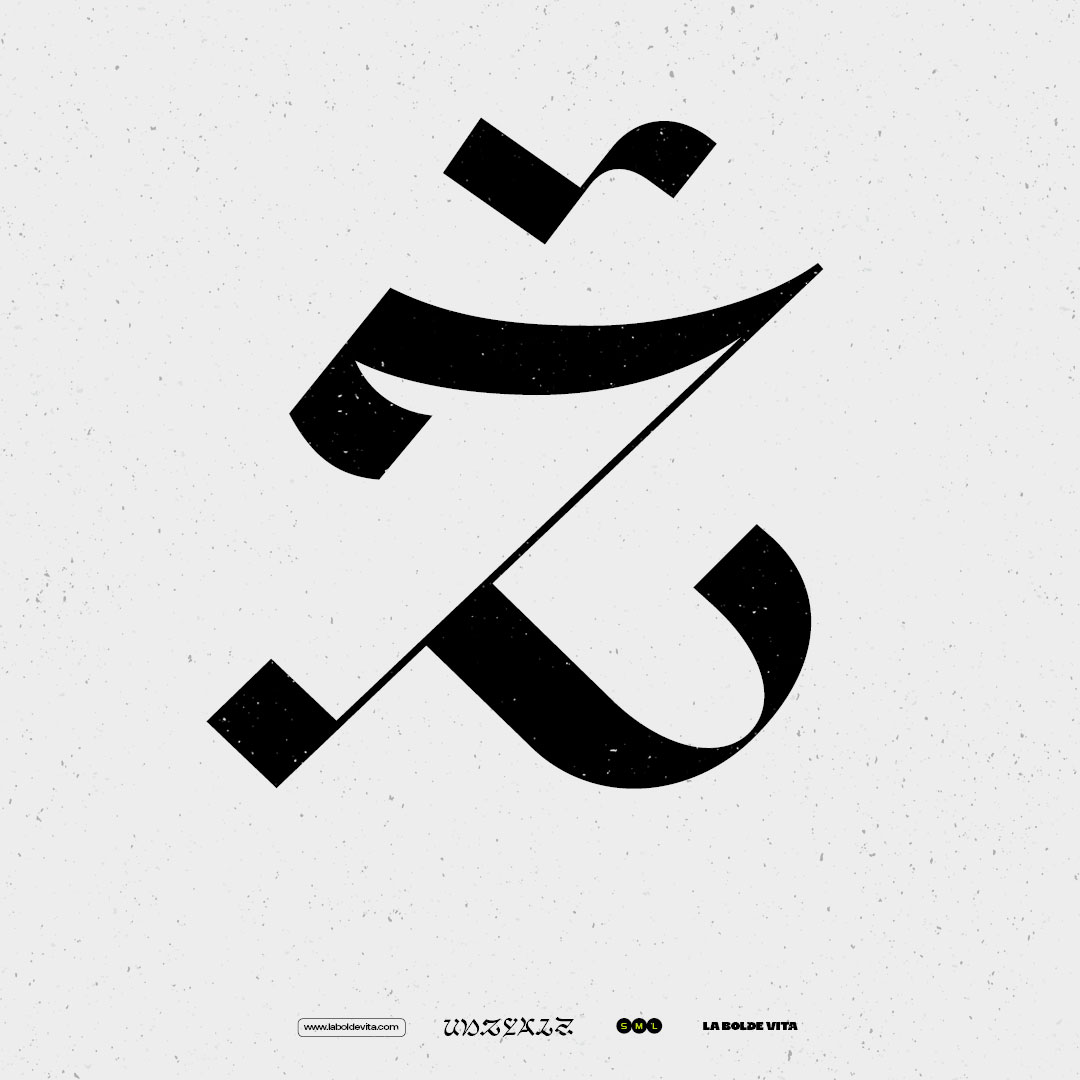 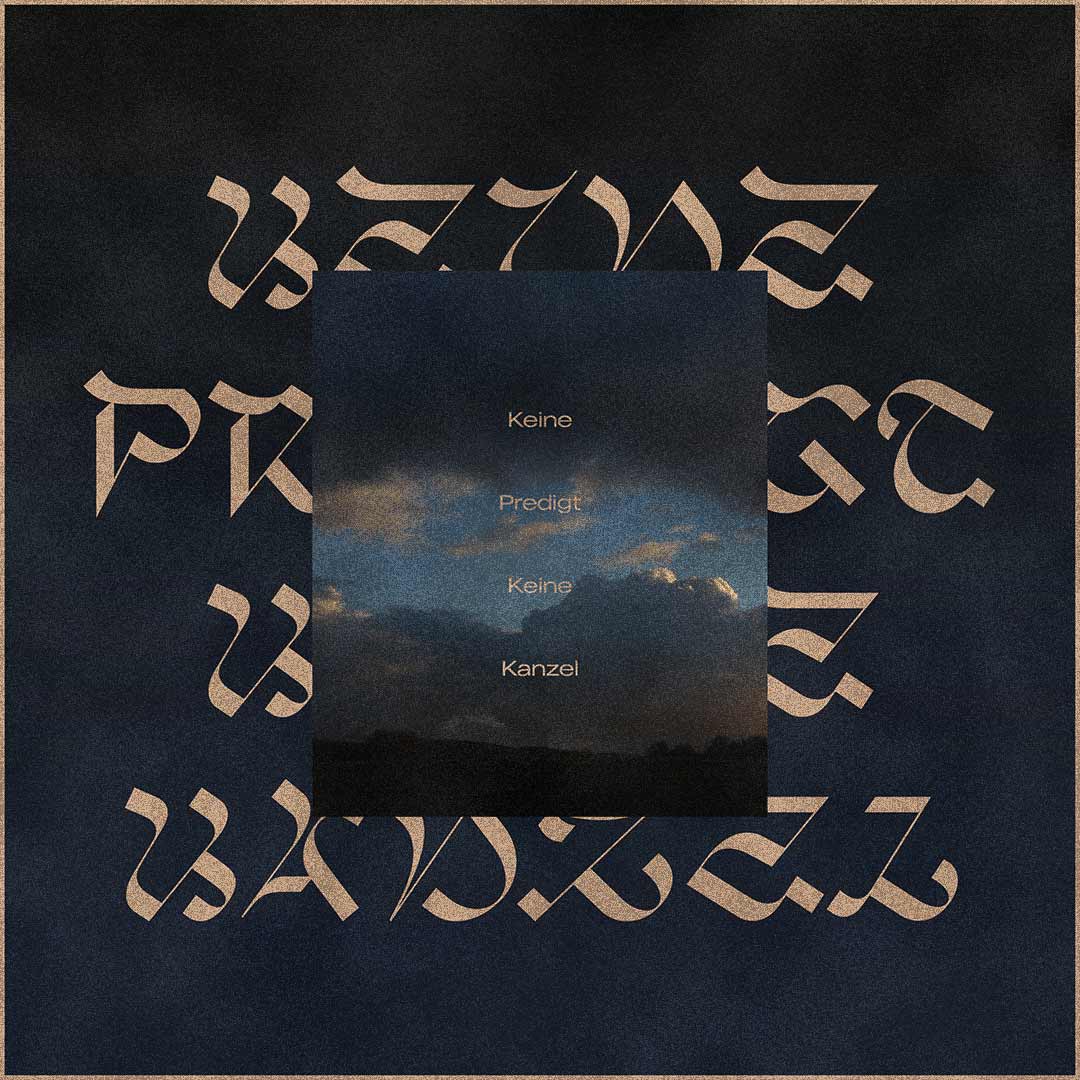 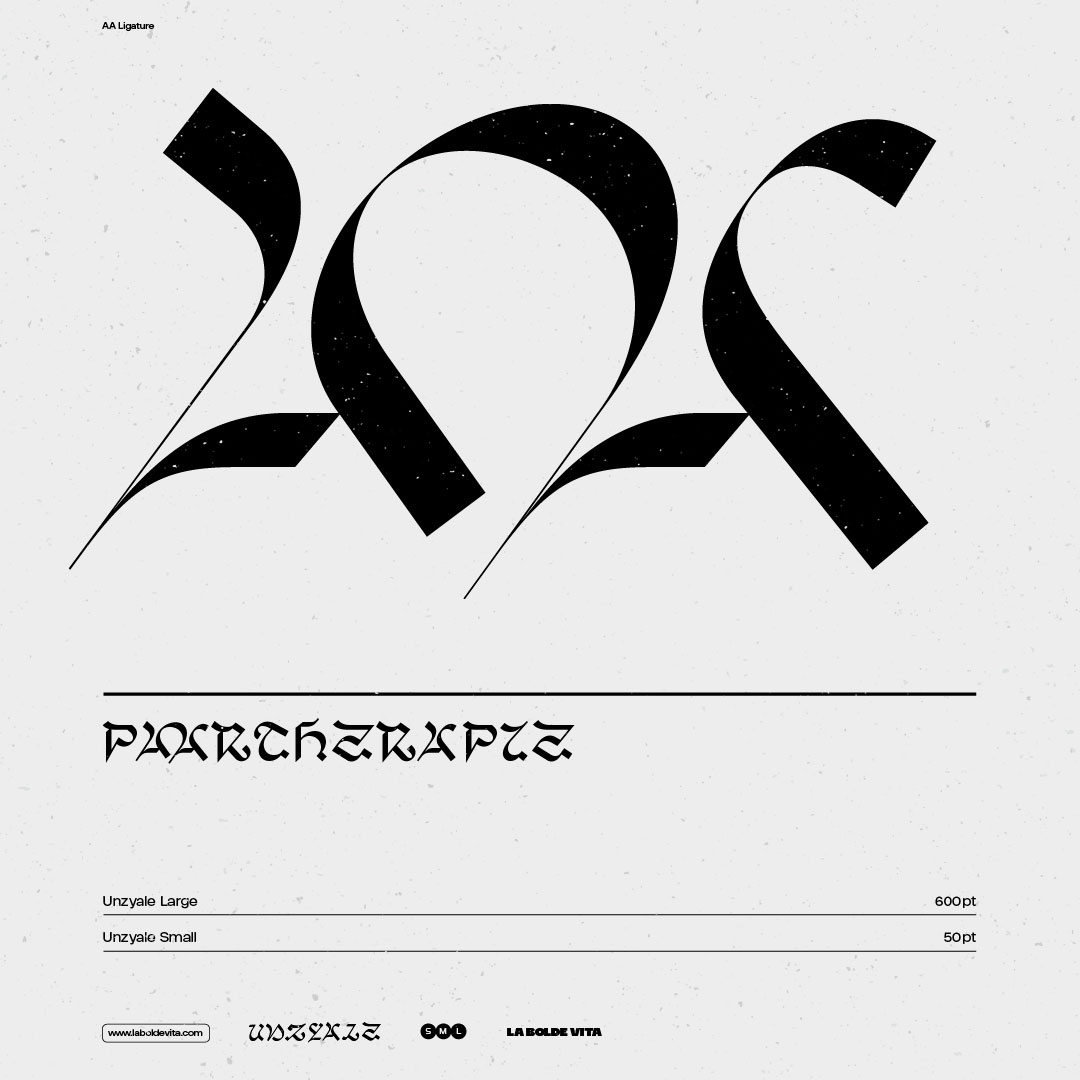 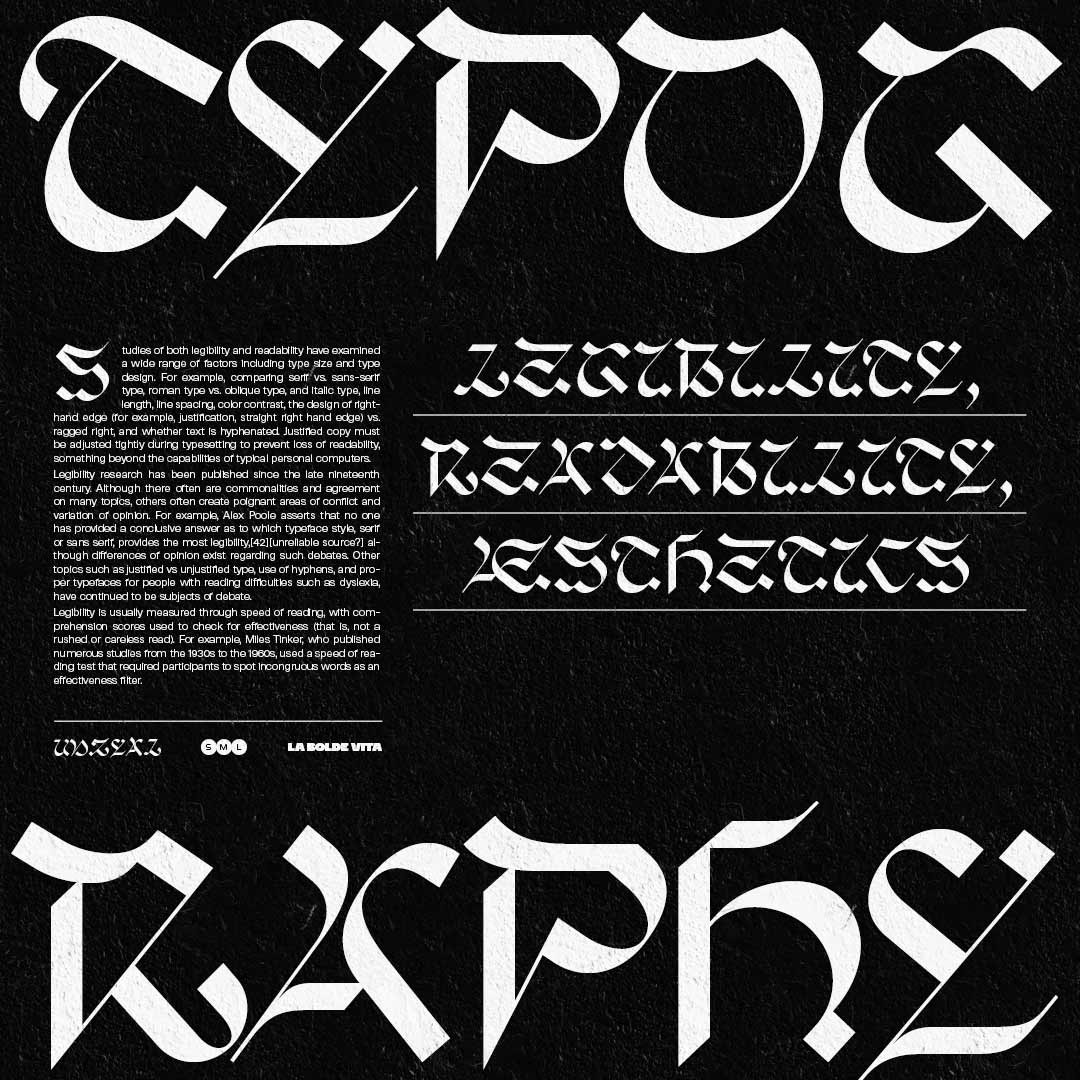 The Unzyale typeface is born from long-term calligraphic experiments with a broad nib pen. Initially started as a modern interpretation of the Unzialschrift, the final alphabet is rather a mix of other traditional handwriting and free forms. The letters are unified by a common angle, balanced proportions and high contrast.

Even though beeing an All Caps font, Unzyale has plenty of glyphs to play around with. Besides fancy ligatures and alternate swash caps, there're diacritics, punctuation and many symbols in an alternative, monolinear style, reducing the calligraphic influence and bringing in a modern vibe.

Although Unzyale is designed purely as a display typeface, it comes in three optical sizes differing in contrast, form and spacing. It can therefore be used in various ways; full-frame or as a graphic pattern, as a headline or punctual highlight, or in smaller sizes next to a neutral text typeface.

Please note that this preview font only includes basic upper- and lowercase letters as well as standard figures. No kerning and OpenType features are included. Please see reference images or the specimen PDF for full functionality.

Unzyale comes with fancy ligatures, various swash letters and a huge stylistic set: This changes the look of diacritics, punctuation and many symbols from strictly calligraphic shapes to a modern, monolinear style.

Thanks to the coverage of the Latin-Extended-A Unicode range, Unzyale supports most modern Latin languages. Actually, containing some additional accented glyphs, you can use Unzyale in 215 languages. If you still think your language isn't supported, you can look up the full list below or in the specimen.

To get an overview of the full glyph set, all styles, OpenType-Features and text samples you can download the specimen below.

To get a complete overview of all features, the glyph set and range of cuts you can download the specimen. It is designed to work not only for information on screen, but to be printed out to get an impression of appearence in different sizes on paper.

You can also go straight to testing the typefaces in your favorite layout program: Our test fonts package can be downloaded for free and contains all of our previously published typefaces!

According to §19 UStG no VAT is charged for german customers, both individuals and entrepreneurs. Under the regulation of the EU we do not charge VAT on services provided to VAT-registered businesses in other member countries. According to the reverse-charge regulation tax liability transfers to the recipient of services. Customers from outside the EU are not charged VAT. However it's your duty to check on VAT you have to pay in your country.